The following paintings by Tom Haas were exhibited at The Residence of the U.S. Ambassador to the United Nations, Geneva, Switzerland, from 2002-2006. They were also published in Ambassador Kevin Moley’s 2002 Exhibition Catalog, American Art from the Valley of the Sun, featuring The Residence and the Art in Embassies Program. Saguaro Ridge appeared on the catalog cover and in the annual calendar of the U.S. Department of State; the original painting was later purchased for the Ambassador’s home in Arizona.

And in 2004, Tom Haas was invited to The White House, Washington, D.C., in celebration of the Art in Embassies Program where he met First Lady Laura Bush and artists from all over the world. 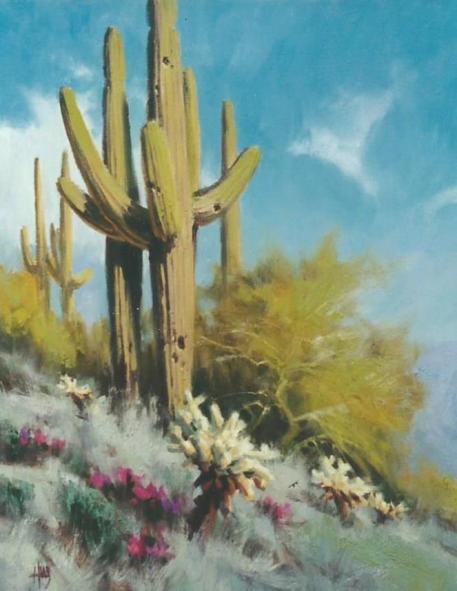